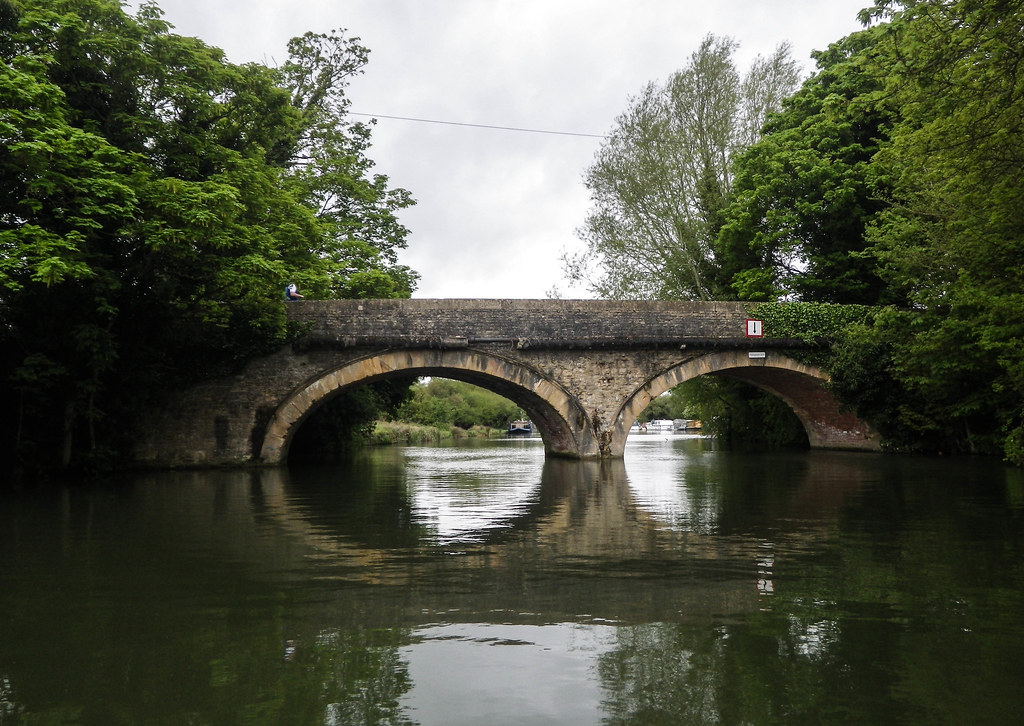 We are planning and sustaining our training and using each paddle to learn new things. Dan is concentrating on his posture to stop everything hurting. We also want to try out new foods and to get used to the GPS we have bought. We also learnt some new rescue techniques we didn’t expect.

At Pool Meadow, north of Oxford there is a good car park and it’s easy to get onto the water. It doesn’t take a lot of planning so we were on the water around 9.30am having reconstructed Dan’s footrest. 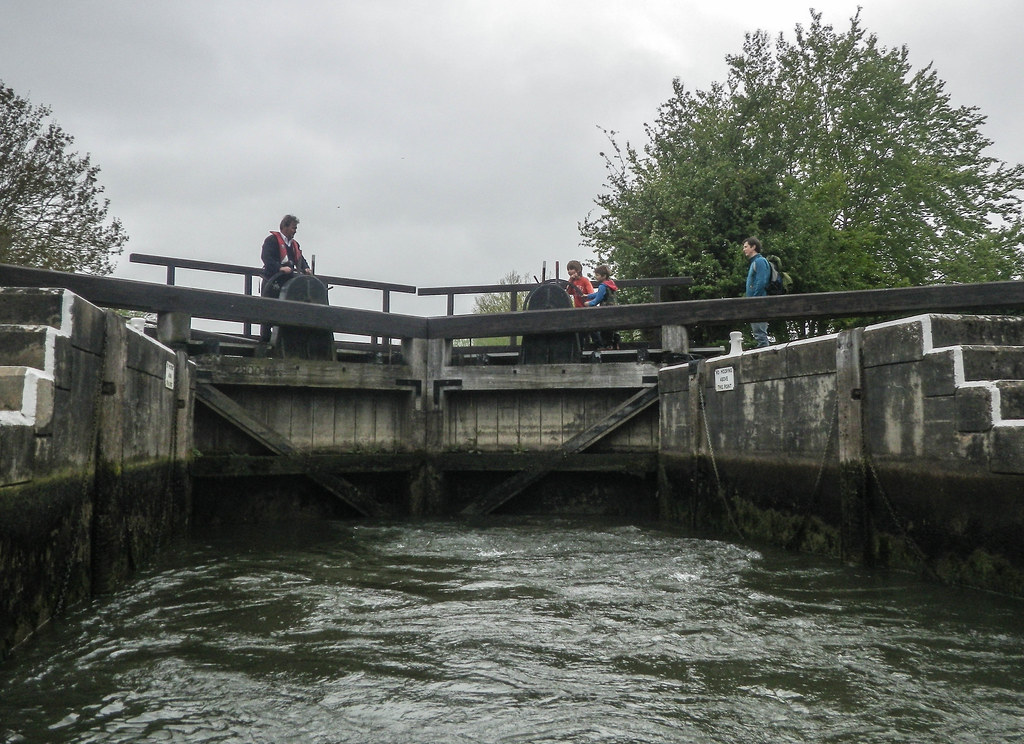 I hadn’t realised, until now that north of Kings Lock, all of the locks on the Thames are hand wind. The lockies are all very friendly, and where there were away the locks were surprisingly easy to operate. With egg and salad cream batches and Dan’s brownies all cut up into chunks the short waits weren’t a problem.

Dan had placed some markers into the GPS so we can see how that works. It, the GPS, not Dan, makes a funny tweeting bird noise when you reach an area you have set an alarm for. I could hear just about every other bird song being sung that day but with the GPS in Dan’s buoyancy aid pocket I could not hear it.

We were paddling hard against the wind, all ears open for a tweeting GPS. When I heard the distinctive cry of distressed sheep coming from a hawthorn bush over the water. Here was a tired lamb in the water, getting more and more caught up in branches. Lamb rescue begins. I paddle Dan into the hawthorn bush with instructions to pick up the lamb. I have a little experience with sheep, having helped to show some Portlands. Dan asks how to pick it up and I answer like a rabbit. This is not helpful for someone who has never spent a lot of time with rabbits. In the end we reverse, I turn round and Dan paddles me in after the lamb. After some encouragement it comes within grabbing distance and I grab it and heft it into the boat. I now have a lamb and a large puddle at my end of the boat. I am concerned by this one as he is not baa-ing. Dan takes him to reintroduce him to his family. I think he is just taking it slowly, no, Dan is now lying on the edge of the field, holding onto another lamb in the Thames. 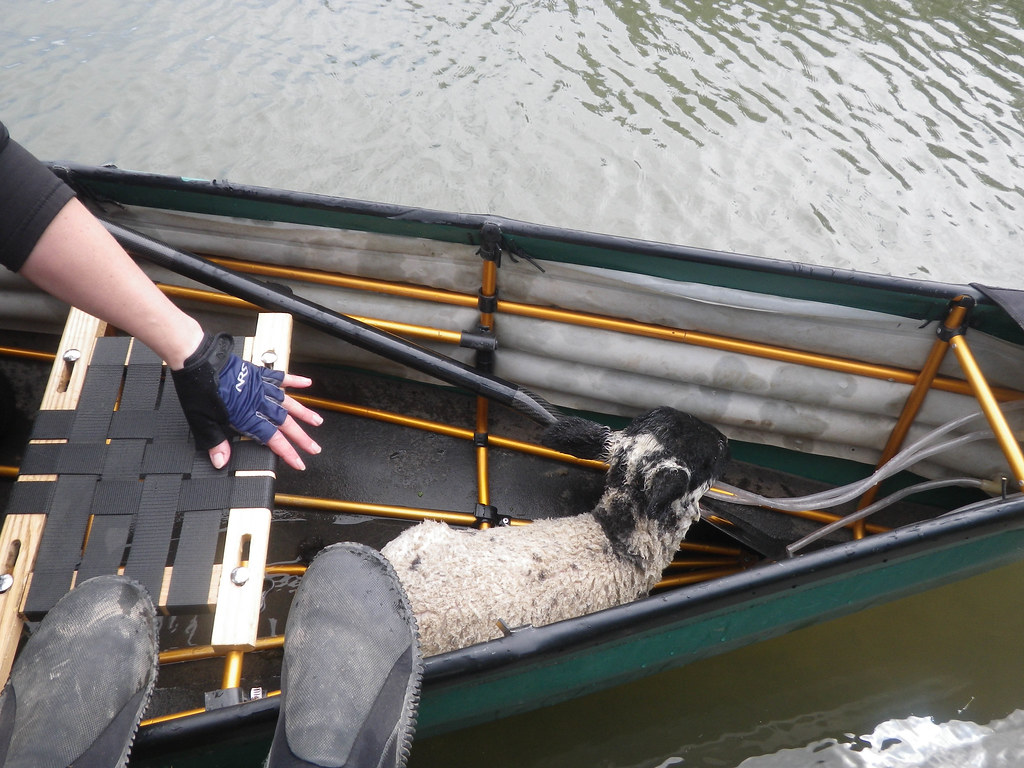 Lamb rescue no 2 is in progress. After I finally realise what is going on, I paddle down to where Dan is holding the lamb above water and help to heft this one onto the bank. This one is a lot livelier and goes trotting round, then finds a ewe he seems to think is mum.

No 1 is still looking abandoned so I head over to it to give it a warming rub. There was no farmhouse close so I am hoping that he warmed up and found mum. 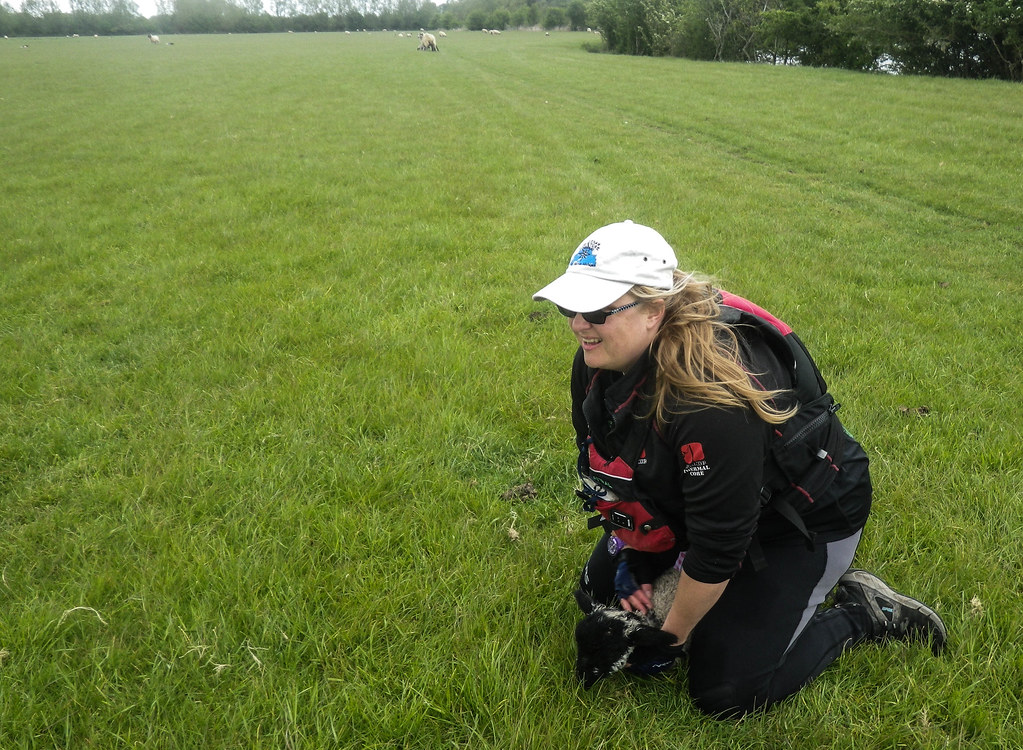 This was a surprisingly tiring process, bending and lifting in unexpected ways and an unexpected injection of adrenaline. However with all lambs now out of the water we set off again.

The river as we travel up river is a lot narrower and a lot quieter than the stretch below. We were getting quite blown about but with the river being so quiet we could work with the wind and let it decide where on the river we were going to be, saving energy.

With the wind and delays we didn’t quite get as far up the river as we wanted to but we were not far off. Be hit our time limits and it was time to turn around.

On the way back we came across yet another lamb in the river so rescue no 3 was commenced. This was much quicker as we were practised and this time the lamb simply shook itself off and continued as it had before.

Is it wrong to spend the day rescuing lambs from the river and then have lamb with dinner? I think not. I can’t paddle by while a living thing drowns and while I enjoy my meat, I want it to have been looked after humanely and had a happy life. My mums friends have smallholdings and value the animal’s well being (even letting them out for a walk: Colin the Ostrich is one of theirs). I am glad now that they let me handle them.

We enjoyed our paddle and worked well together, having fun. The team were tired by the end but a good tired. If only all paddles could be like this, without the sheep. 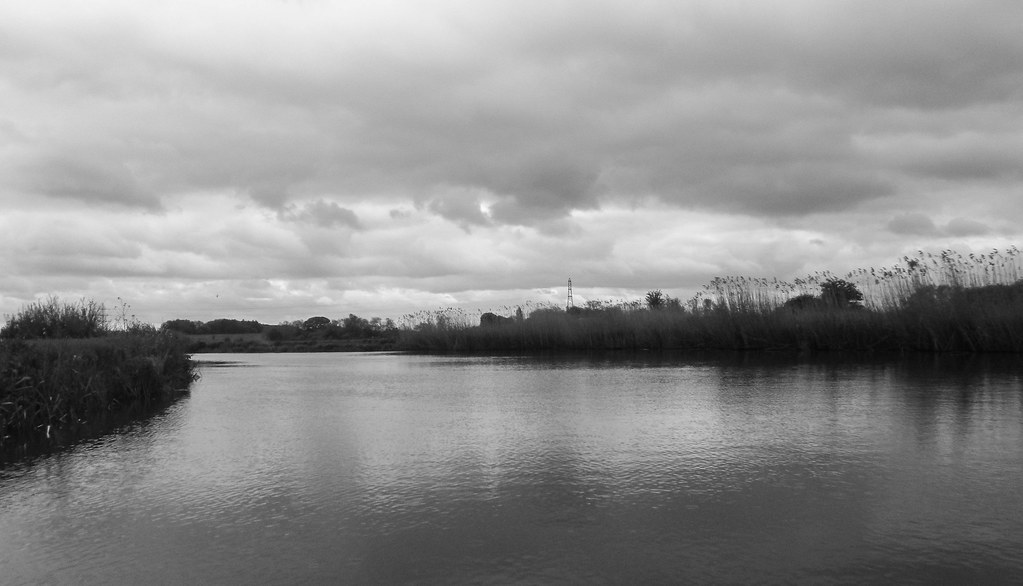