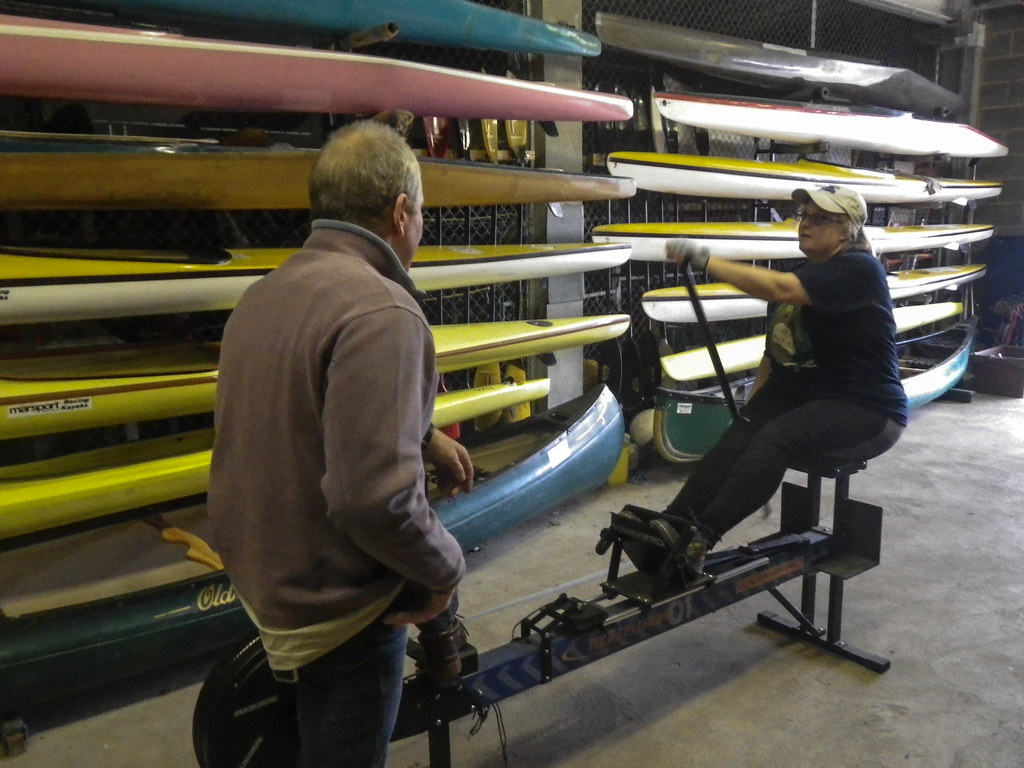 The weekend comes round again and what else could we do but get up before dawn and get the train out to Reading. We figured that after our first session with Paul at Marsport it would be good to get in a repeat check of our paddling health, now we’d had chance to practice what we learnt.

We got the train to Reading nice and early, popped the boat together by the station and paddled down to Marsport, which worked well. It was a nice early paddle, and it meant that we were ready warmed up and ready to go. First back to the ergo and after a good workout, back on to the water to look at what we actually do in the boat. Our Pakboat has some limitations which are affecting how we train. We have no foot rests, which are essential for full body power, as would be the corresponding foot straps. Add to this that our boat is wider and slower and we are finding it harder than things would be in a sleek 18ft Jensen Clipper. 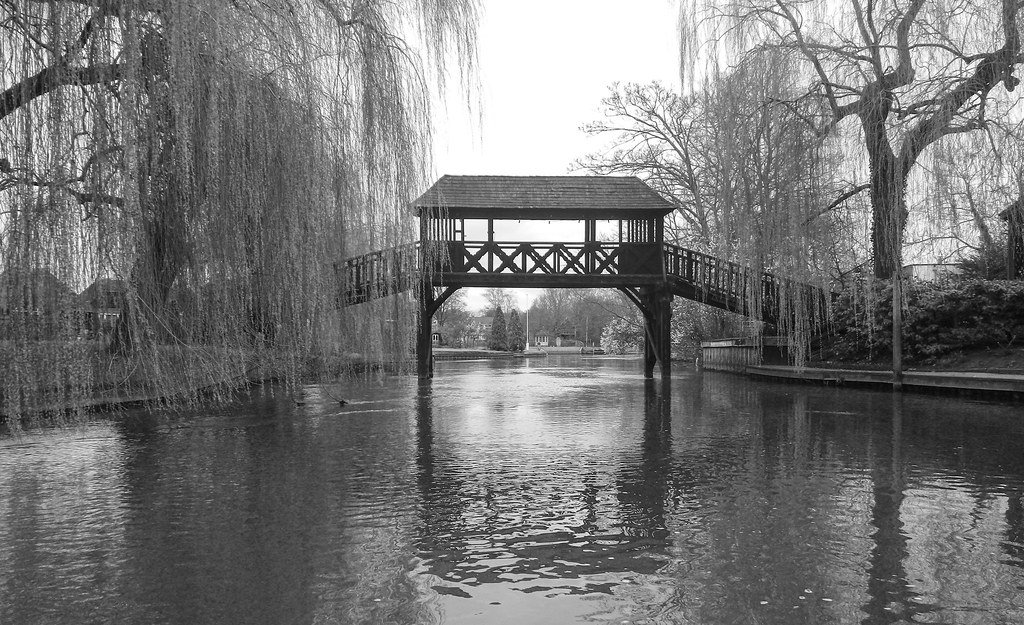 After Paul put us through our paces and gave us a cup of tea, we had to get back onto the river as we had a target for the day – Bisham 15 miles away. We did have a bit of a treat for ourselves: avoiding a lock with a paddle round St Patrick’s Stream as it seemed that we were just within the closed fishing season. It was a nice fast stretch and made us practice steering. It also tested the observation skills somewhat as one of the houses there was keeping a full grown turkey on the back porch. Looking at the size of it we guessed that it had become a family pet before Christmas and so missed out on its inevitable fate. No photos as we were too surprised. 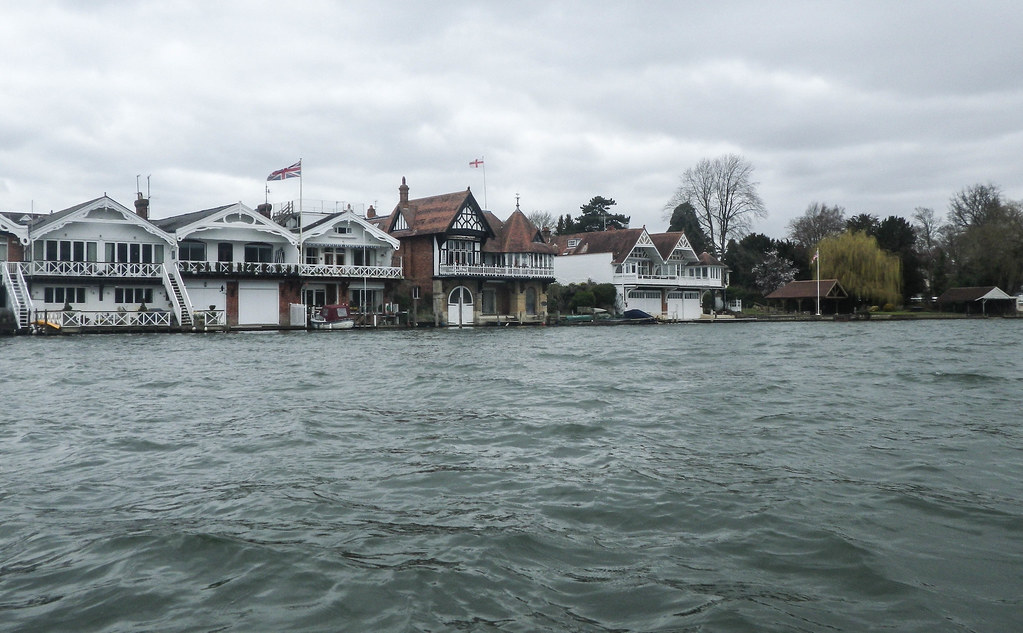 As we came through Henley the wind really picked up. It was a real battle to paddle against it. However we would not let it win and tried to get a picture of the wind picking up the water but couldn’t really do it justice.

Some of the day felt like a hard slog, so we were glad to be pulling up to our stop for the night in Bisham, a former rectory where the garden goes down to the river. After negotiating the chicken wire to stop the geese pooing on the garden, we were ushered inside for tea and cake, which was most welcome. We were slightly paranoid about the damage we could do to the cream carpet but all was well. 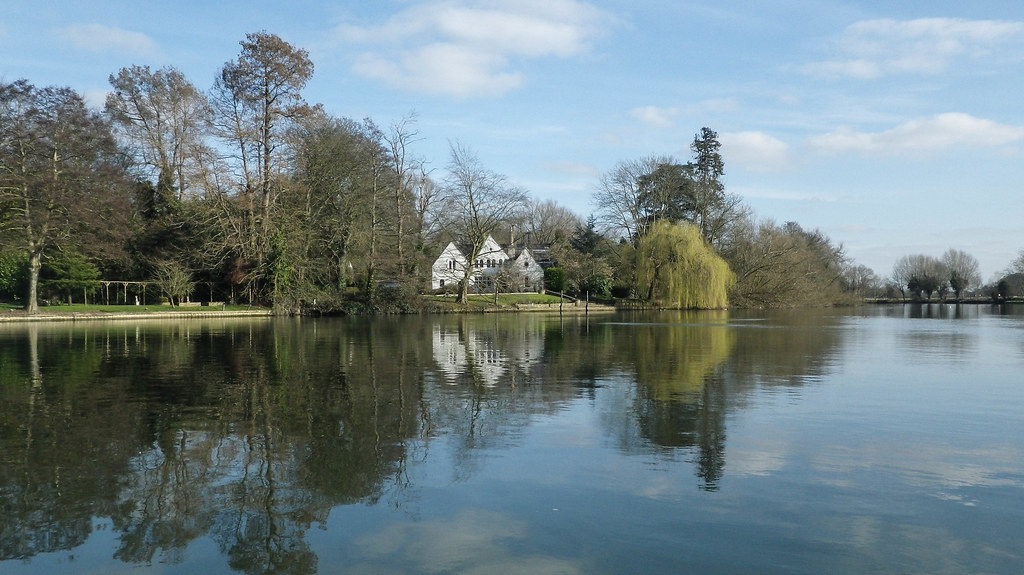 Dinner time was a time machine. If you are ever looking for a trip back to the 70’s on the Thames we recommend the Old Bull at Bisham – where hedgehog garden ornaments are trapped in the walls. 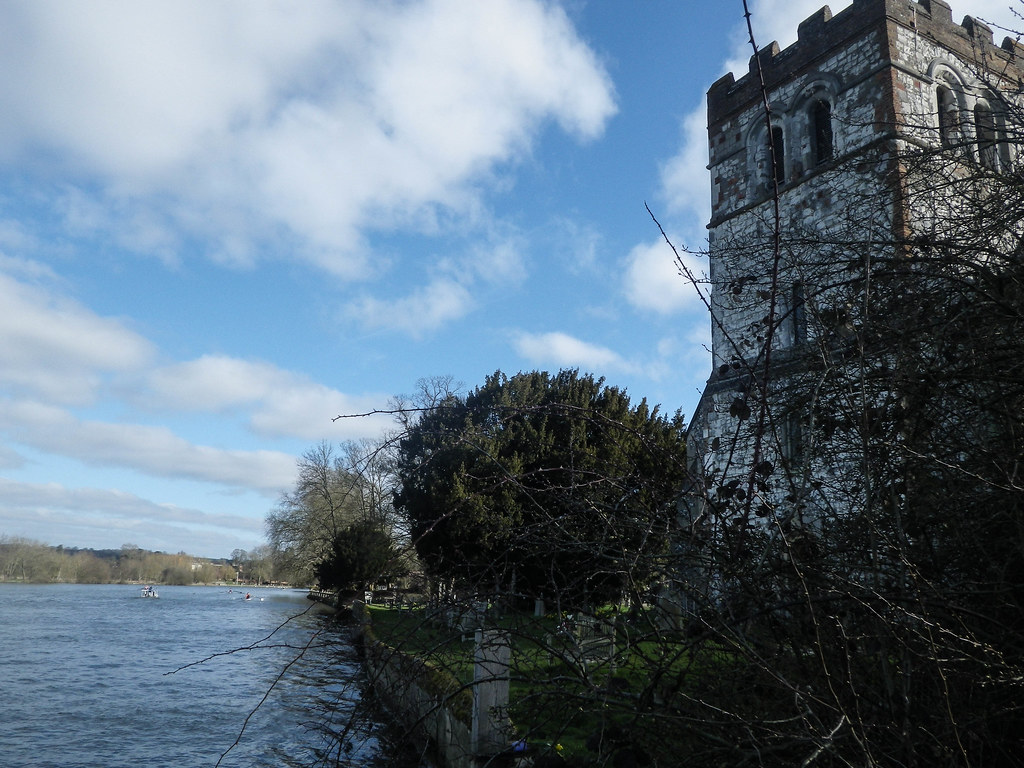 On Sunday we put on to a gloriously sunny day with tolling church bells and started our progress on to Staines – 23 miles. There were lots of rowers about, who can blame them when the weather is so nice. Though I do still find it strange that people would want to get on the river to be shouted at by someone.

We were also passed by some kayakers who were clearly practising for something. With the Devizes to Westminster coming up in a few weekends, it could have easily been that. 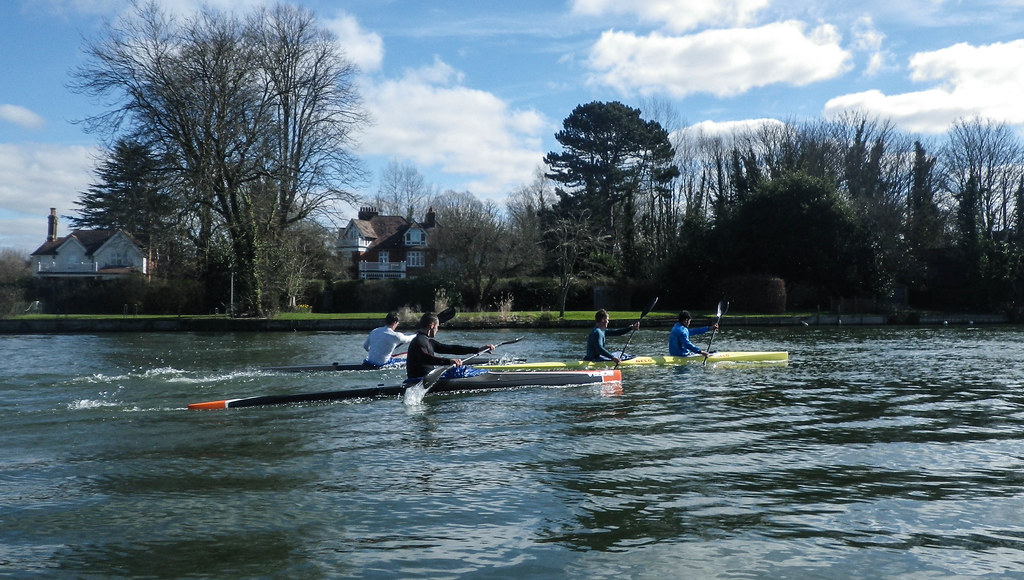 As we paddled on Dan’s shoulder was playing up, which was a shame as it had been behaving well. We swapped ends to try and see if the difference would help. Turns out that my front paddling does not help at all. In fact, in the run up to Windsor we had to change back as if anything it was making things worse.
On the plus side over the day Dan did a great job of working through the pain in his shoulder and we kept going to the end.

On the minus side we had our first in-training in-boat argument. Fortunately the sunny day and great weather meant that it was all smiles at the end of the day. The boat was soon away under the watchful eye of the residents of Staines and it was homeward bound on the train back to London.

Next stop for training is the river Wye and then we hope it’s time for camping paddles on the Thames.